My alarm went off and despite going to bed at 11 last night, I felt like I had only slept for an hour. I laid in bed urging myself to get up and start my morning routine. After my shower Bandit and I went for his morning walk. Nancy smiled at me and said, “He waits for you every morning.”

The sun was beginning to shine but this did little for my mood. I returned after our walk feeling a nagging discomfort on the inside of my right knee, the same knee which had been operated on a little over a year ago. The meniscus on that side of my knee had been removed. I feel like this is the surgeon’s premonition coming true. I want to keep running but I’m not sure how much more I’ll have in me. I know I’ll need a knee replacement but I’m not interested in having this happen right now. For now, I guess I’ll just keep trying to run and monitor the discomfort. I say discomfort because it hasn’t risen to the point of pain. If it did this decision would be an easier one to make.

I went upstairs to dress and continued to find my motivation lacking. 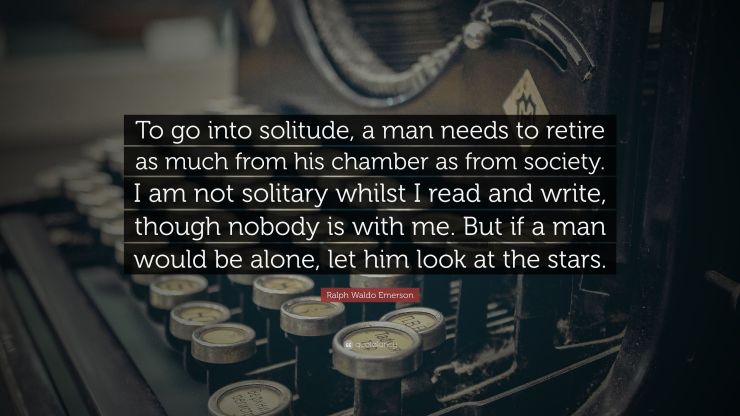 These days are a struggle for me. My mind races and thoughts turn to question many different things. I look forward to leaving work and simply retiring for the night. My soul rests in the solitude of the silence.

I once had a discussion with a friend who suggested that research indicated that people who are lonely lead lives that are less happy. I tried, without success to explain to him that when I am alone when I choose to be alone, I am not lonely. I feel more lonely when I need to be around other people with whom I have no interest in developing a relationship. He struggled to understand this. 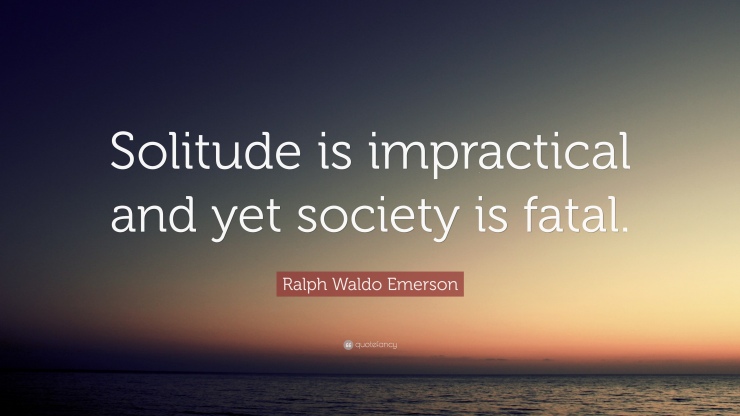 Emerson wrote several essays about the importance of solitude in one’s life. Emerson noted that now and then an ordinary person can and must live alone stating, “coop up most men and you undo them.” He also identified the need for a balance in one’s life, a balance between living in society and living alone. I know that when I am feeling the way that I am today the balance, my balance between the time I spend in society and the time I spend alone is in favor of time spent within society. This balance is difficult for me as the light of the day become briefer.

I look forward to the Winter Solstice on December 21st as I know daylight, even by a few minutes will become greater and my mood lightens as Spring also grows more near.

2 thoughts on “One of those days…”