There is an oak which stands majestically across the street from my home. It is the silent sentinel which guards the street and those who pass beneath her outstretched branches. Her age is known only to her. I am certain the individuals who graced this earth when she was planted are now gone.

I first met her some time ago. The time, if I had to venture a guess, was the early seventies. As a small boy, I played beneath her branches. These memories do not remain as I am sure I never paid much attention to her. My love for such things grew as I grew. 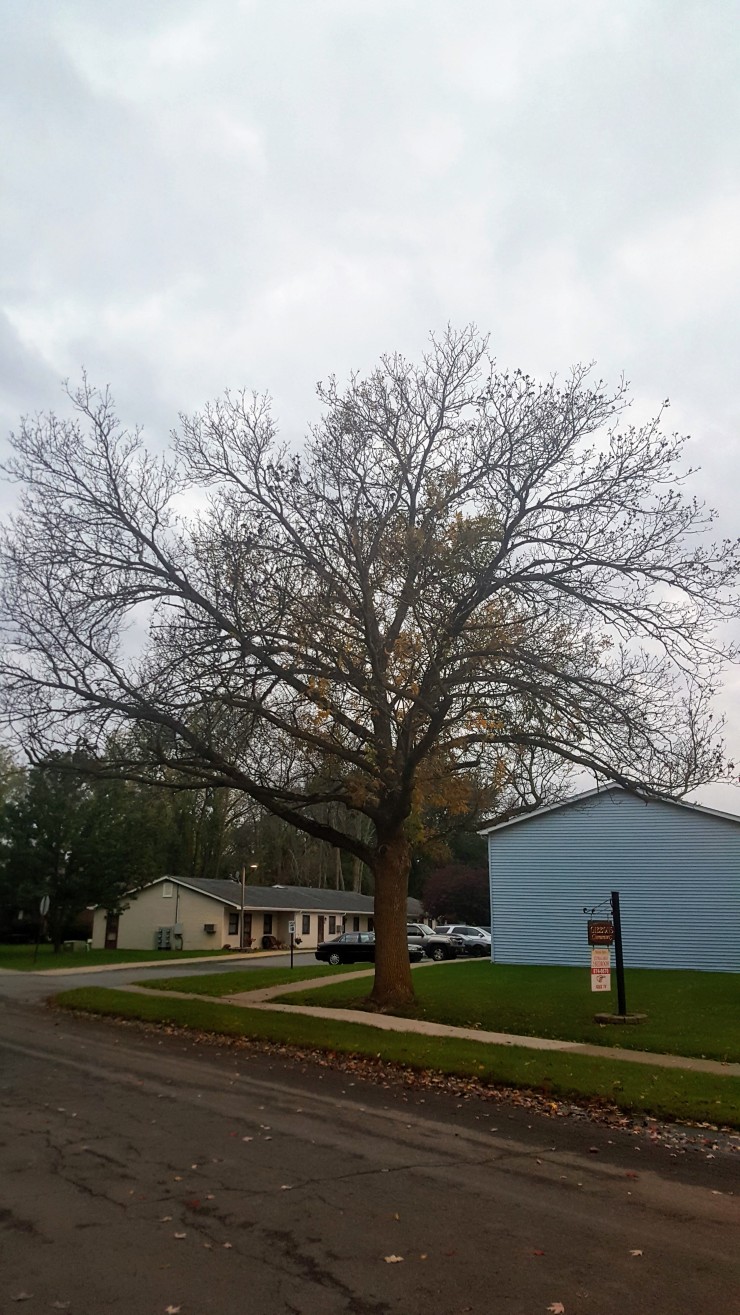 In 1990 my father-in-law and I built our present home. We live across the street from her. Before we could build our home it was necessary to cut several trees from our property. I saw her brilliance as if when her brethren were being cut, she cried out in pain. It was then that I recognized her beauty and her grandeur. Her branches, perfectly symmetrical seemed like arms outstretched toward the sky. Henry David Thoreau was aware of the strength of trees. He said, “The more slowly trees grow at first, the sounder they are at the core, and I think the same is true of human beings.”  Most of us do not see the beauty of trees. Of our busyness, Thoreau said, “A man shall perhaps rush by and trample down plants as high as his head, and cannot be said to know that they exist, though he may have cut many tons of them, littered his stables and fed them to his cattle for years. Yet if he ever favorably attends to them, he may be overcome by their beauty.”

As years passed and we both grew older, I would find myself sitting on my front porch usually early in the morning after a run. We would carry on conversations about her strength, the shade she provided and the solitude which she offered.

A couple of weeks ago I returned from a long weekend in the Adirondacks. This area is special to me. It is one of those areas where I feel comfortable; I feel at peace. It is a place where I can sit with the trees for hours and listen to their story. Not many people are aware that different trees tell different stories. There is a language which is whispered by the trees. Their sound quite available to those who are willing to listen. Thoreau wrote in his journal in 1859, “The wind in the Earth’s rigging. Going up the hill through Stow’s young oak woodland, I listen to the sharp, dry rustle of the withered oak leaves. This is the voice of the wood now. It would be comparatively still and more dreary here in other respects, if it were not for these leaves that hold on. It sounds like the roar of the sea, and is enlivening and inspiriting like that, suggesting how all the land is sea-coast to the aerial ocean. It is the sound of the surf, the rut of an unseen ocean, billows of air breaking on the forest like water on itself or on sand and rocks. It rises and falls, wells and dies away, with agreeable alternation as the sea surf does. Perhaps the landsman can foretell a storm by it. It is remarkable how universal these grand murmurs are, these backgrounds of sound—the surf, the wind in the forest, waterfalls, etc.—which yet to the ear and in their origin are essentially one voice, the earth voice, the breathing or snoring of the creature. The earth is our ship, and this is the sound of the wind in her rigging as we sail. Just as the inhabitant of Cape Cod hears the surf ever breaking on its shores, so we countrymen hear this kindred surf on the leaves of the forest.” 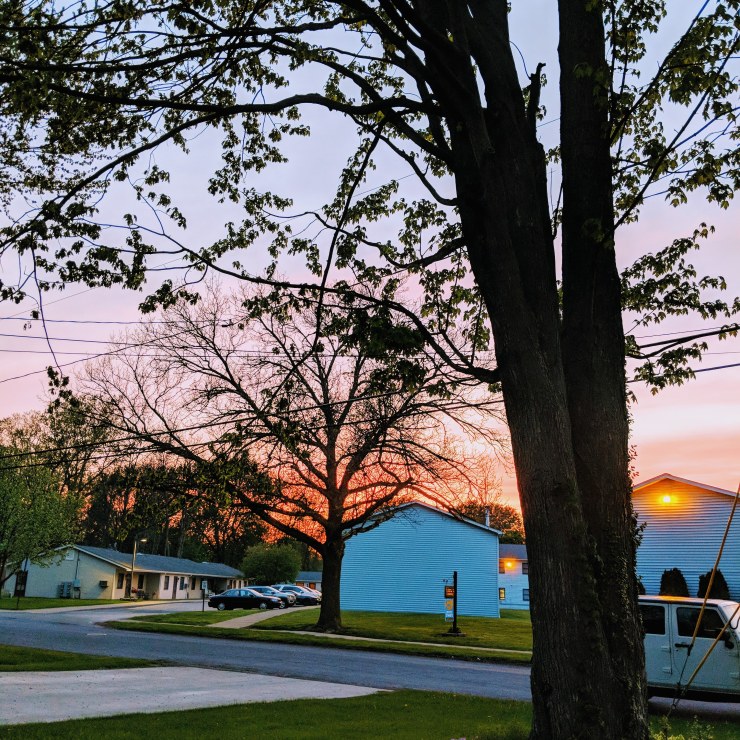 I woke the morning after my return and resumed my Monday routine. I drove past my friend and thought about her ongoing silent vigil in the neighborhood. The past two years had not been kind to her. Her branches which still seemed symmetrical and majestic as they reached toward the sky, were barren. When I would sit and look at her now my thoughts were brought to my grandmother who left us several years ago. Her final years mimicked those of my friend. She also seemed tired. Her back after years of bending and hard work no longer had the strength to remain outstretched. She, like my friend, was in the shadow of their life.

I returned home later that day, retracing my route. I turned the corner to my street, to our street and I immediately saw the void left. Sometime during the day workers followed through with a decision which had been made perhaps months before. The decision was to cut her down ending her struggle. Two days later her stump had been ground and fresh dirt was placed where she had previously graced and watched over the neighborhood. Grass seed had been planted and was being watered. In a couple of weeks, as the grass grows and begins to take over her resting place, it will be as if she was never there. Many people will pass this site and never even be aware of her presence. Still, others who had lived and still live in close proximity to her home will never miss her. For these people, I feel a great deal of sadness. Sadness as a result of their lack of awareness to her beauty and the solitude and the shade which she brought, to the conversations to which they were not privy. 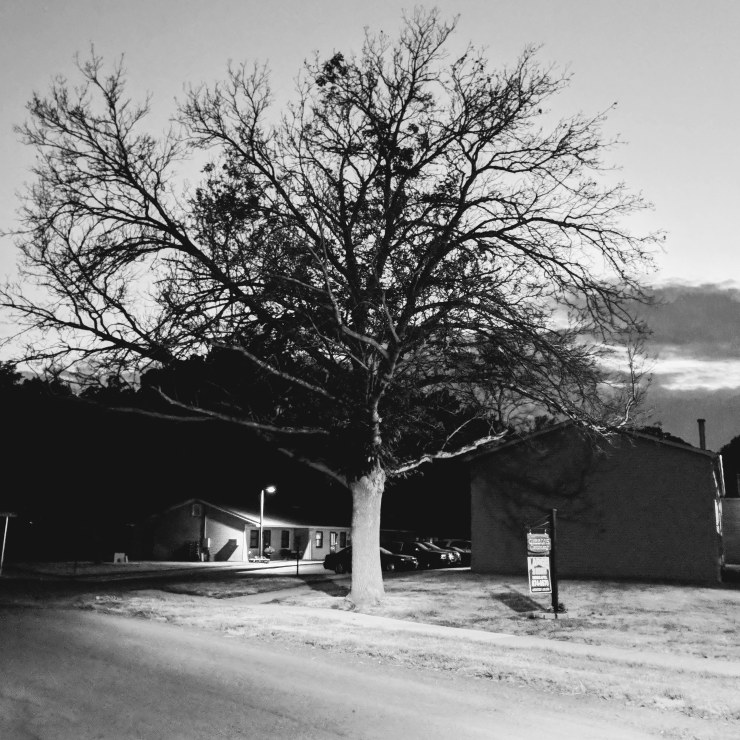